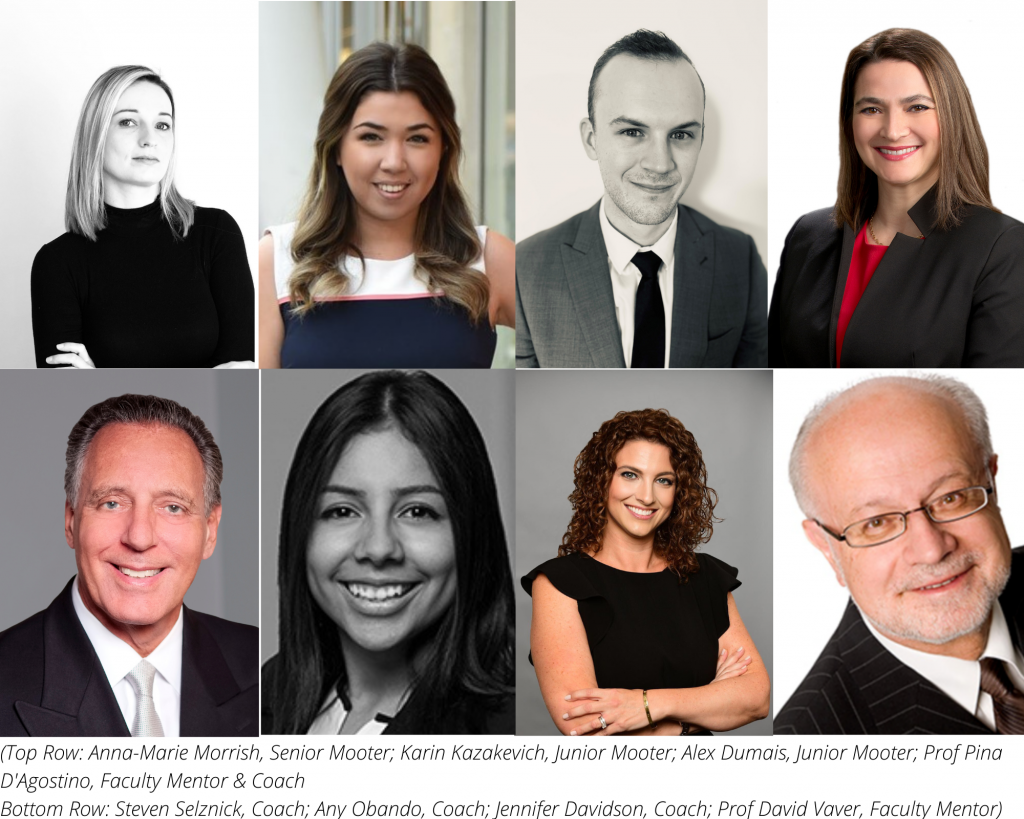 We are thrilled to announce that Osgoode Hall Law School placed 2nd in the Grand Final of this year’s Oxford International Intellectual Property Law Moot! The Final was streamed live on the Oxford Law Faculty YouTube channel on Saturday, March 20, 2021 at 7:30 am EST. In addition to their second place finish, our competitors were also awarded the Kirkland & Ellis Runner Up prize for Oral Proceedings.

The team spent two longs years preparing to give stellar performances over the past two weeks. Although they may not have formally won, they made history as Osgoode’s first team to place in the top two at this moot. Osgoode did not even have a team competing at this moot six years ago, and now they are among the best mooters in the world! This is even more impressive in the context of IP Osgoode’s history with the Oxford International IP Law Moot: the moot was founded by our own Profs David Vaver and Pina D’Agostino, as well as Aberdeen Prof Catherine Ng.

We would also like to extend a well-earned congratulations to the team at National Law University, Delhi. They fought well and made for excellent competition to challenge our students. Like our Osgoode team, Delhi’s team faced the distinct challenge of competing across time zones, truly embodying the international scope of this competition. 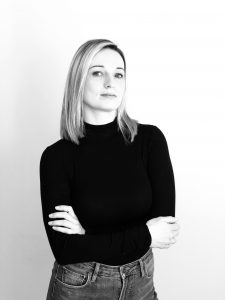 Anna graduated from Osgoode Hall Law School in 2020. She has a passion for intellectual property law and litigation. Prior to law school, Anna worked as a Registered Nurse in the intensive care unit at Toronto Western Hospital. While at law school, Anna competed in a number of advocacy competitions including the Canadian Client Consultation Competition in Edmonton, and the International Criminal Court Competition in The Hague. Anna is nearing the end of her articles and has accepted a position with Magyar, Bogle & O’Hara in Toronto, Canada. 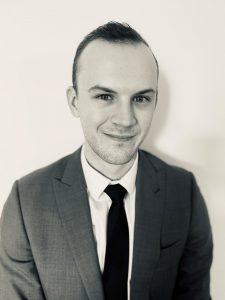 Alex is a 2020 graduate of Osgoode Hall Law School. Alex developed an interest in intellectual property following a summer exchange at Bucerius Law School after his first year. As an experienced athlete playing high level sports, Alex is passionate about the intercession of sports and intellectual property. During law school, Alex competed in numerous oral advocacy competitions and was involved in various clubs and organizations. In addition, Alex was an active writer for Osgoode Hall’s IP blog, the IPilogue, where he wrote on various topics relating to sports, entertainment, and e-sports. Alex is currently employed at the Alcohol and Gaming Commission of Ontario in Toronto, Canada. 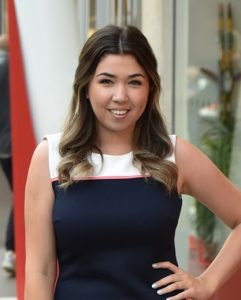 Karin is a third-year student at Osgoode Hall Law School in Toronto, Canada, with a passion for entertainment law and intellectual property. Previously, Karin completed her degree in Media Production at Ryerson University in Toronto and worked as a producer on several projects including historical films and live award shows. At Osgoode, Karin currently serves the student body as the President of the Legal and Literary Society, the Osgoode Hall student government. Over the past three years she has been involved with numerous clubs and activities at the law school and has volunteered with several organizations including the Ontario Bar Association. Karin has spent two summers in the Dentons LLP Toronto office and will be returning to article at the firm later this year. 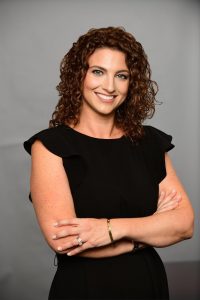 Jennifer practices technology law and intellectual property law at Deeth Williams Wall LLP in Toronto, Canada. She advising clients on protecting and commercializing innovations, intellectual property protection and disputes, drafting and negotiating complex technology transactions, privacy, data protection and cybersecurity. Jennifer is a graduate of Osgoode Hall Law School and continues to maintain close ties, serving as a coach to the school’s Oxford International IP Mooting program. While in law school, Jennifer competed in the moot (twice), finishing as a quarter-finalist. Upon graduation, Jennifer was the recipient of the esteemed Dean’s Gold Key award, the IP and Technology Law Prize and the Anita Sulley Award. Jennifer is the current Chair of the Ontario Bar Association’s IT & IP Section, Vice President of the Canadian Technology Law Association (CAN-TECH), Co-Chair of the Women in Technology committee @CAN-TECH, and member of the advisory board of an internationally recognized science and technology university. Jennifer is a frequent speaker and writer on technology, cybersecurity and intellectual property law. 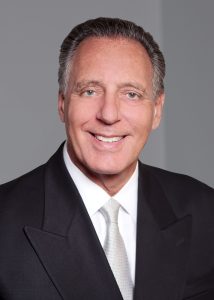 Stephen is a partner with Cassels Brock & Blackwell LLP in Toronto, Canada; specializing in intellectual property and entertainment law with particular emphasis on structuring, restructuring, finance and litigation.  Mr. Selznick is a leading practitioner in entertainment law. He also holds an AV Distinguished™ lawyer’s rating from Martindale-Hubbell, awarded to legal professionals in recognition of pre-eminent legal ability and very high ethical standards, as established by confidential opinions from members of the bar.  Mr. Selznick is listed by Who’s Who Legal as one of the world’s leading sports & entertainment practitioners, and has also been recognized by American Registry’s as a Most Honoured Professional, has been included in World Trademark Review’s top 1,000 trademark lawyers internationally, and as a “Top Lawyer 2012” by Lawyers Weekly’s “In House Counsel Magazine”. He lectures widely in Canada and abroad on intellectual property and entertainment issues and serves as contributing editor for the Theatre and Motion Picture section and the Author and Publisher section of Canada Law Book’s “O’Brien’s Encyclopedia of Forms”.  In addition, Mr. Selznick is an Adjunct Professor of Entertainment and Sports Law at Osgoode Hall Law School. 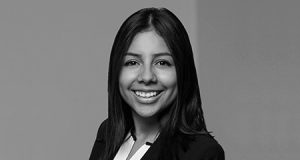 Any is an associate in the Intellectual Property and Business Law Group at Cassels in Toronto, Canada. Any’s practices involve assisting clients with intellectual property disputes and litigation (in the fields of copyright, trademark, and entertainment law), as well as the protection, enforcement, and licensing of intellectual property rights. Any graduated from the J.D. program at Osgoode Hall Law School and obtained a Bachelor of Arts (Honours Specialization) in Criminology from Western University. While at Osgoode, she received the Justice Marc Rosenberg 74’ Award for zealous advocacy.