On August 31, 2022, IP Osgoode held its first in-person event in over 2 years and the first instalment of the IP Osgoode Speaks series since 2020. At the event, Mr. Dan Bereskin, the founding partner of the highly regarded IP Boutique firm Bereskin & Parr, gave a lecture on balancing rights to freedom of expression with the rights of IP owners and users.

Being the first in-person event since the beginning of the pandemic, the lecture brought us back to an energised and inquisitive group addressed by Mr. Bereskin’s ease and sense of humour. Dr. Pina D’Agostino began with opening remarks, recognized the novelty of an in-person lecture in 2022 and acknowledged all the work that went into bringing it together.

Mr. Bereskin began his lecture by acknowledging the multitude of perspectives held by different IP enthusiasts, such as academics, IP owners and private practitioners. He recognized that the views he presents maybe termed as him “going over to the dark side.”

To make his point, Mr. Bereskin used some interesting examples of how courts have treated parodies of IP rights around the globe. He discussed examples of corporate overreach by IP owners, such as Louis Vuitton and United Airlines.

Most notably, Mr. Bereskin discussed two unsuccessful actions by Louis Vuitton (“LV”). The first was LV’s suit against artists Nadia Plesner. Plesner had used a sketch of an LV bag in her painting to showcase the commercialising of Darfur genocide victims to appease first world audiences. This painting was later reproduced on t-shirts which were sold to raise money for the genocide victims. LV sued Plesner alleging trademark infringement. Ultimately, Plesner won the case against LV and her rendition of the bag with the court upholding her right to freedom of expression over LV’s exclusive rights in the community design. Mr. Bereskin astutely noted that Plesner’s artwork would have been less popular if LV had abstained from legal action. 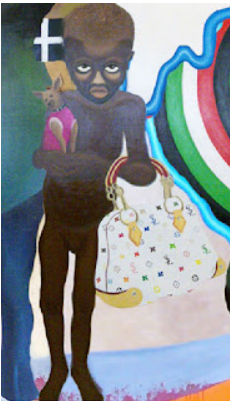 Mr. Bereskin also discussed LV’s case against Haute Diggity Dog, a company that makes plush toys for pets to chew through parody of famous trademarks of luxury products. One such example is Haute’s “Chewy Vuiton” plush toys. LV sued Haute for trademark infringement and trademark dilution. The US Court of Appeals (4th circuit), however, held that Haute’s products are successful parodies of LV’s handbags, do not raise any likelihood of confusion and are therefore, not infringing.

On the flip side, we have the case of United Airlines and Mr. Jeremy Cooperstalk, a Canadian professor who catalogued complaints against United Airlines on the parody website “Untied.com”. United Airlines filed a lawsuit in 2012 alleging IP infringement and confusion through the website which led people to believe that they are registering complaints with United Airlines themselves. This reasoning was dubious at best, since “Untied’s” website denied any allegiance with United Airlines. The Federal Court however disagreed with Mr. Cooperstalk and held his website violative of United’s IP rights. Interestingly, Jimmy Kimmel’s amended slogan (“F**k You”) and accompanying ad for the airline in the US continue to be available due to the US’s stronger protection of freedom of expression.

Through these, and many more examples, Mr. Bereskin made a compelling case for not only recognizing creators’ IP rights, but also the limitations of those rights, especially when they conflict with the right to freedom of expression. Overexpansion of IP owners’ rights poses risks to freedom of expression and should be curbed before these rights go rogue.

For a student who did not get an opportunity to experience Osgoode and IP Osgoode pre-pandemic, the energy and fervour of the lecture hall, the brilliant insights by Mr. Bereskin and the surrounding conversations around his lecture, this lecture served as a unique insight into the power of hallway chatter. Surrounded by snacks and coffee, the lecture was a unique opportunity to learn from an IP legend. It also marked the first step in IP Osgoode’s next chapter where a hybrid system can bring together IP enthusiasts in a most enriching way.