Skip to content
Home
>
2022
>
August
>
Blogs
>
In case you didn’t already know, don’t do anything in bad faith!
FacebookTweetPinEmail

Anita Gogia is an IPilogue Writer and a 2L JD Candidate at Osgoode Hall Law School.

On May 18, 2022, the Federal Court of Canada released its decision for Beijing Judian Restaurant Co. v Wei Meng. That marked the  first time that the Court invalidated a trademark for reasons of bad faith per s. 18(1)(e) of the Trademarks Act (TMA). That case centered around the issue of whether the applicant’s “JU DIAN & Design Mark” was obtained in bad faith contrary to 18(1)(e) of TMA or was otherwise invalid per 18(1)(b) or 18(1)(d) of the TMA.

The applicant, Beijing Judian Restaurant Co (“Judian”), has operated restaurants in Vancouver and Richmond since 2018, along with numerous well-known (served over 5,750,000 customers between 2011 and 2019) restaurants in China since 2005. Judian opened locations specifically in metro Vancouver for the large Chinese Canadian population in this area who would recognize the Beijing Judian trademarks. The following family of JU DIAN character trademarks have been heavily used in China to promote their restaurants. 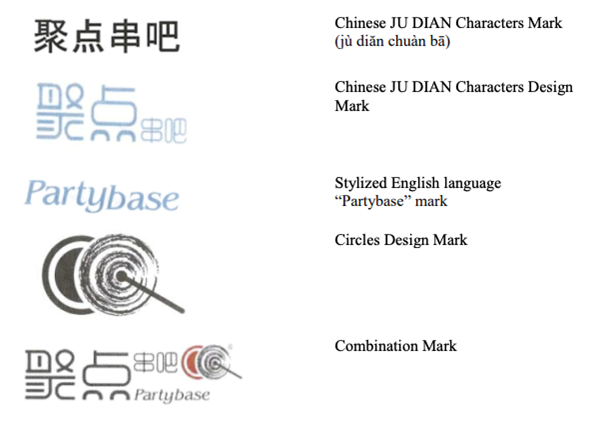 The evidence before the Court included two affidavits filed by the applicant. The first affidavit was of Jiantao Zou, the co-founder and general manager of Judain, and the second of Lai Lam Sing, a consult for Judian and employee of a Judain subsidiary operating the restaurant in Vancouver.

The respondent appeared at the Vancouver restaurant and insisted that he did not care about the Chinese trademarks as he had the Canadian paperwork. On May 1, 2019 the respondent met with Mr. Sing and demanded CAD $1,500,000 for Beijing Judian to acquire use of JU DIAN trademarks. On June 3, 2019, Judian became aware of an advertisement for sale of the trademark on an online marketplace, VanSky. When the applicant’s contact made inquiries about purchasing the mark, the respondent asked for $100,000 per year to license the registration.

The Court evaluated many definitions of “bad faith,” as it was not defined in Bill C-86, which introduced the new s.18(1)(e) of the TMA. The purpose of the provision is described as to “hinder the registration of a trade-mark for the sole purpose of extracting value from preventing others from using it.”

The applicant noted similar provisions in EU and UK trademark law that have been adjudicated. Under UK and EU law, bad faith includes applying for a trademark without intention of using it in a legitimate commercial way or when an applicant seeks a trademark as an instrument of extortion.

The Court also considered Professor David Vaver’s statement: “[t]he bar vindicates the fundamental legal and moral principle that nobody should benefit from their wrong,” which, as applied to trademarks, may be defined as attempting to use registration as a means to gain rights “in an improper manner or for an improper purpose.”

The Court agreed that it is implausible that the respondent created the same original design on his own, but rather intended to obtain the trademark associated with Beijing Judian restaurants in China. Further, the respondent’s awareness of the applicant’s reputation is established by his text message to the potential purchaser of the trademark on VanSky. Additionally, at around the same time, the respondent filed similar trademarks associated with Chinese restaurants that he had no affiliation with. This made it more difficult for the court to rebut the inference of bad faith.

The Court held that since the respondent’s mark was registered without a commercial purpose and the evidence shows the respondent’s intention of using the trademark for extortion and economic advantage, the respondent’s registration of the mark constituted bad faith and was therefore invalid and should be expunged from the Register.

The issue of whether the applicant is entitled to punitive damages of $15,000 was also considered. In consideration of Sun Life Assurance Company of Canada v Fidler and Whiten v Pilot Insurance Co, the Court concluded there was no basis to grant punitive damages because allegations of bad faith are not a separately actionable tort.

Notably, this decision provides guidance on the applicability of a fairly new provision in the TMA. The case also illustrates that courts have a conscience are moved to consider concepts of morality and circumstantial evidence alone to make a just decision.