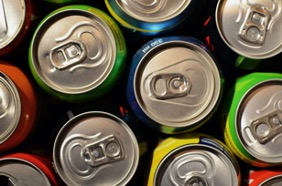 A sound can be registered as a trademark if it fulfills the function of a trademark, namely, indicating the origin of the goods and services. Even if it is a well-accepted practice in trademark law, the inherent characteristics of a sound differentiate them from word or design marks. The July 7 decision of the Court of Justice of the European Union shed some light on this nontraditional practice and its scope.

The subject of the trademark application was the sound of a can opening, followed by silence and a fizz. Some of the goods associated with the trademark registration sought were metal containers for storage and transport, milk products, coffee, tea, cocoa, beer, non-alcoholic beverages, mineral and aerated waters, fruit beverages, syrups, and preparations of non-alcoholic beverages.

Ardagh Metal Beverage Holdings’ application was rejected both by the European Union Intellectual Property Office and the CJEU due to lack of distinctiveness. The Office held that the public is not used to considering a sound as an indication of the origin of beverages. The Office added that a sound should have a certain resonance or a capacity to be recognized to be registered as a trademark. The Office deemed the sound in question intrinsic to the usage of the related goods.

As indicated in the Marque Sonore decision of the General Court, assessing distinctiveness involves the same analysis for trademark categories. According to the decision, a sound needs to resonate with the public as representative of the source and not simply as a functional element.

Before the General Court, Ardagh claimed that the sound was not typical of milk products, alcoholic beverages and preparations of non-alcoholic beverages since they do not contain carbon dioxide. Even though the Court agreed with the applicant that the categories of goods were not limited to beverages that may contain carbon dioxide, the opening sound was considered a purely functional element. The Court noted that the fizzing sound was not sufficient to provide the required distinctiveness.

The decision in this case has clarified the European approach to determining the distinctiveness of sound marks. The referred dispute was about a more common sound rather than a jingle as in the Marque Sonore decision. The decision was also in line with the USPTO’s decision regarding the application for Budweiser’s opening and fizzing sound at the end. These decisions demonstrate that establishing distinctiveness for sound marks is a complicated task.