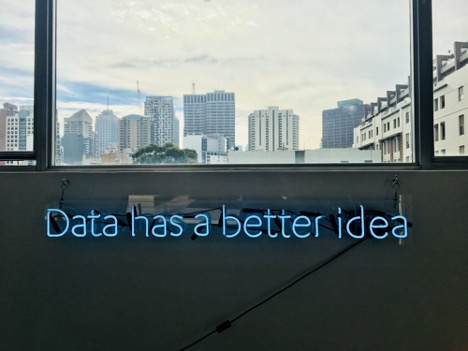 The new documentary about the late Anthony Bourdain, Roadrunner: A Film About Anthony Bourdain (“Roadrunner”), came out on July 16, 2021. Fans of the legendary celebrity chef, author, and travel documentarian rushed to see the film, directed and produced by Morgan Neville. The documentary outlines the Bourdain’s life, featuring interviews with those close to him, along with crew members from Bourdain’s famous television series, Parts Unknown.

As fans waited in anticipation for the film, Neville confessed to using AI technology to replicate Bourdain’s voice. In press interviews with the New Yorker and GQ, Neville explained how he went through tens of thousands of hours of video of Bourdain. In the final edit, which stands at one hour and 59 minutes of film time, there are three lines that Bourdain never actually said.

Neville pointed to one of the three lines in an ABC News segment; Bourdain reading out a quote from an email he wrote to his friend before he died by suicide:

Fans immediately responded with negative feedback on Twitter. In his interview with the New Yorker, Neville replied, “we can have a documentary-ethics panel about it later.”

Roadrunner: A Film About Anthony Bourdain

I watched Roadrunner with the news of the AI voice in mind, thinking that I could easily spot the fake Bourdain voice. I was swept away by his remarkable story. I will reserve my full review of the documentary for another time, but I will say this: during the movie, I could not spot the difference between Bourdain’s authentic voice and the AI-generated voice. However, hearing the one specific line in the ABC News segment after seeing the film, I believe the replication is inaccurate.

The controversy surrounding Bourdain’s AI-generated voice erupted amidst heavy discussions about ethics and law on the matter. My fellow IPilogue Writer Ali Mesbahian, recently discussed Canada’s legal responses to deepfakes; but given the American context for the film and its subject, this post will look south of the border and internationally for a legal response to the non-consensual recreation of Bourdain’s voice.

As deepfakes and AI technology develop, the United States continues to expand their laws to counteract potential human rights and privacy violations. In 2019, Texas was the first state to criminalize the use of deepfakes to influence an election. That same year, Virginia criminalized deepfake pornography. In California, it is illegal to create a deepfake of “politicians doctored to resemble real footage within 60 days of an election.” None of these laws apply to Roadrunner.

In 2019, the World Intellectual Property Organization (“WIPO”) published the “Draft Issues Paper On Intellectual Property Policy And Artificial Intelligence.” The Draft acknowledges the issues and data collected on deepfakes thus far, yet provides no solutions. WIPO, in another paper, states: “The more profound issues of personal identity, the right to privacy, the right of publicity, and the ability to control the use of one’s image for any purpose appear more appropriately to be human rights issues, rather than purely or even primarily copyright issues.” The only solution that WIPO offers is that in situations such as the deepfakes in Roadrunner, the copyright may belong to the actor or the person who created the deepfake.

The Future of Deepfake Voices

In short, research seems to suggest that Neville had the right to recreate Bourdain’s voice without consent. In Midler v Ford Motor Co, 849 F2d 460 (1988), the Court ruled that the usage of recognizable and widely known voices is not always a violation of the law. Additionally, in Butler v Target Corporation, 323 F Supp 2d 1052 (2004), the Court ruled that although song lyrics are protected under copyright, the voice singing those lyrics are not. These precedents suggest no issue with deepfaking another person’s identity. However, I believe society and the law must adapt to the evolution of technology, as these issues are more significant than copyright violations. As WIPO stated, reproducing another person’s identity without their permission is a human rights issue.

Regardless, the late Anthony Bourdain was a fantastic human that graced prime-time television watchers with his charm, knowledge, and extravagant mind. If you have the chance, I suggest you see Roadrunner. And who knows, maybe you can spot the two other deepfake lines.