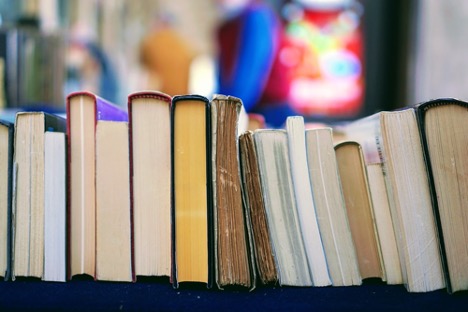 The Winkler v Hendley, 2021 FC 498 (“Winkler”) decision evokes the image at the beginning of a movie that states “Based on a true story….” Directors tend to state this at the beginning of a film to authenticate it. However, it is hard to imagine a director ever regretting this statement after the movie’s release. The late Thomas P. Kelly, one of Canada’s most famous true crime authors, perhaps would have felt some regret after the outcome of Winkler.

In Winkler, the Federal Court of Canada looked at the infamous Donnelly family of Lacun, Ontario. The eight-membered family is known for winning “a pitched street battle against eighteen townspeople intent on revenge.” Or did they win? Was it eight on eighteen? Did they ever actually fight? Justice McHaffie decided that none of the answers to those questions matter. The Court reaffirmed the almost century-old principle that copyright protection does not apply to facts (Deeks v Wells, [1931] OR 818, 1931 CanLII 157 (CA)), but with a twist. Justice McHaffie stated: “an author who publishes what is said to be a nonfiction historical account cannot later claim the account is actually fictional to avoid the principle that there is no copyright in facts” [emphasis added].

The Copyright Act allows someone to protect works of nonfiction or fiction by way of copyright: “copyright protection does not extend to ‘facts or ideas’ but to the original ‘expression of ideas’” (CCH Canadian Ltd v Law Society of Upper Canada, [2004] 1 SCR 339, 2004 SCC 13 at paras 8, 14–15, 22; Hager v ECW Press Ltd, [1999] 2 FC 287 (TD) at para 44; Maltz v Witterick, 2016 FC 524). Nevertheless, the crucial point of Winkler is not the fact (pun not intended) that the books were fiction, but that Kelly classified his books as works of historical nonfiction. In other words, a person cannot claim what they are saying is factual and later retract their claim to reap the benefits of copyright.

This decision protects individuals from being misled by effective marketing. Nevertheless, Justice McHaffie also rooted his judgment in the longstanding public interest policy of the non-protection of facts. Canadian researcher and law professor, Teresa Scassa, turns to Justice Orde in Deeks v Wells to explain this notion. Scassa states that facts and information put forth as the truth should be available to the public to be “tested, challenged, verified, or disproved”. This notion is worth promoting, as society needs to test facts and information to progress and evolve.

While this may be new ground in Canada, the UK decision of Ravenscroft v Herbert [1980] RPC 193 concluded similarly to the Federal Court’s decision in Winkler and also reflected Scassa’s notion. In this case, the defendant’s fiction novel substantially copied the plaintiff’s work of historical non-fiction. In his decision, Brightman J stated:

“The author of a historical work must, I think, have attributed to him an intention that the information thereby imparted may be used by the reader, because knowledge would become sterile if it could not be applied. Therefore, it seems to me to be reasonable to suppose that the law of copyright will allow a wider use to be made of a historical work than a novel so that knowledge can be built upon knowledge” [emphasis added].

However, the judge ruled against the defendant, as the infringement was flagrant and exceptional. The defendant admitted to at least fifty instances of deliberately copying the language used and historical characters and significant events. In the end, the defendant refused to pay the damages and removed the infringing instances.

The Winkler decision comes out at a time when society is dealing with what one would call “fake news.” The Court made a critical decision to warn writers and artists alike that the law will not allow the industry to profit from false information passed off as facts. The decision comes at a time in history when anyone, including politicians and spokespeople can disseminate information on topics such as human rights, COVID-19, and other vital discussions. As of now, the plaintiffs have not indicated any plan to appeal the decision in Winkler. What is clear is that the courts will try to protect the public from the spread of fake news.