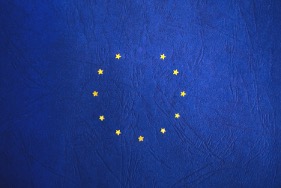 On 19 April 2019, the European Parliament and Council adopted the Directive on copyright and related rights in the Digital Single Market. June 7, 2021 was the deadline for the member states to enact their national laws in accordance with the Directive. On June 7th, through efforts by some member states, in particular Poland, an annulment action was commenced claiming that Article 17(4) of the Directive violated freedom of expression (Poland v Parliament and Council Case C-401/19). The Directive was also not received positively by the European Union.

Articles 3 and 4 of the Directive, introduce text and data mining as a new copyright law exception. Article 15 sets forth the rights of the press , and Articles 18-22 regulate the rights of content creators.

Article 17 places more burdens on online content sharing service providers than the current EU copyright law does. The E-Commerce Directive is at the core of current debates. Although the given definitions restrict the Directive’s scope, its proposed content monitoring obligations are stricter than those currently in place.

Service providers should put their “best efforts” to not only license the content shared on their websites, but also prevent the reuploading of content banned by notice and takedown procedures. Even though national laws require due diligence obligations of diverse scopes, each nation’s laws and practice will ascertain the meaning of the “best efforts”.

Article 17’s copyright exceptions are also problematic. CJEU case law has designated criteria for several exceptions; however, the criteria have no clear and decided definitions. Indeed, the CJEU needs time to set forth requirements. Member States may interpret the Directive in accordance with CJEU case law to some extent while transposing it into their own national laws. Service providers must also monitor content on a case-by-case basis to determine whether it meets the exceptions criteria.

The major concern about the Directive is the overly strict banning of content service providers due to the strict obligations placed on them. When considering the scope of the service provided by intermediaries, unfortunately, such cautious approach will not be limited to the EU. One of the main goals of copyright law is to protect freedom of expression and promote creativity. The proposed means can hardly achieve these goals. Consequently, the European Commission has tried to eliminate certain ambiguities by publishing the Guidance on Article 17.

What the Member States Have Done

While Italy has adopted its delegation law for further administrative implementations, the Netherlands and Hungary have adopted their implementation laws. Germany, Austria, and Finland each have their draft texts. France transposed Article 15 into the French Intellectual Property Code. However the debate around Article 17 continues. Most member states’ texts have been criticized for their word-for-word adhesion to the Directive.

On July 15, the Advocate General’s opinion will be published on the annulment action initiated by Poland. Following the Commission Guidance, the opinion will provide more certainty regarding Article 17 and instruct each member state as distinct from national draft laws. While the CJEU is coping with the work overload caused by copyright cases, the case initiated by Poland surely will not be the last case to discuss the Directive. More troublesome instances of the Directive’s implementation are likely ahead of us.