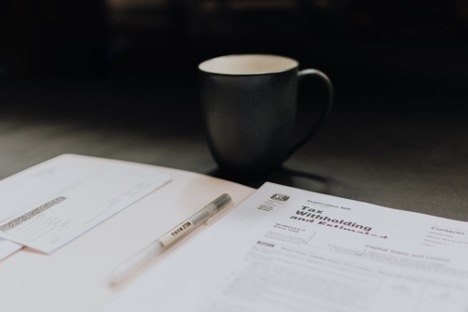 In May 2021, David Connell of the Centre for Business Research at the Cambridge Judge Business School published a report proposing the abolition of the UK’s £1.1 billion per year Patent Box scheme. The UK Patent Box’s so-called “costly failure” may serve as a valuable lesson for Canada.

Saskatchewan’s Commercial Innovation Incentive offers eligible corporations a lower corporate tax rate of 6%. Quebec has an IP box that reduces the corporate tax rate from 11.5% to 2% on patent royalties and up to 75% of profits from other specified forms of IP-related income, provided that the taxpayer has carried out research and development (R&D) in Quebec and that the IP being commercialized results, in whole or in part, from R&D carried out in Quebec. Over the years, there has been speculation that other provinces may follow suit. There have even been calls for the federal government to adopt a comparable policy.

A Patent Box aims to encourage the commercialization of intellectual property within a nation’s borders. In the UK, eligible profits derived from intellectual property are taxed a lower corporation tax rate of 10%. Large companies, especially those in the finance and insurance sectors, are the primary beneficiaries of this policy. According to Connell, there is no evidence that the Patent Box benefited the UK economy since it became fully operational in 2017.

By reducing corporate tax on profits derived from UK innovations, as well as spending an estimated £7.3 billion annually on R&D tax credits, the UK government hoped to fuel R&D within its borders. Instead, UK business spending on R&D conducted outside of the UK has roughly doubled since the introduction of its Patent Box. Connell proposes a policy mix to address the UK’s declining trade balance in business R&D funding. Among other policies, Connell suggests abolishing the Patent Box, restricting R&D tax credits to UK expenditure, restricting R&D claims to business enterprise expenditure on R&D (BERD), and taking steps to reduce fraud and error in R&D tax credit claims.

Two UK based companies, Solexa and Cambridge Silicon Radio (CSR), were acquired by San Diego based multinational corporations, Illumina and Qualcomm respectively. Connell used these acquired companies to demonstrate that the scale of the Patent Box and R&D tax credit subsidies is not always reflected in companies’ R&D footprint in the UK. Despite Illumina receiving $39.6m in Patent Box receipts in 2019 and Qualcomm Technologies International Ltd (QTI, CSR’s new name) receiving over $24m in combined Patent Box subsidies and R&D tax credits that same year, neither was required to commit significant additional commercialization activities as per the Patent Box policy objectives. Although Illumina Inc’s global R&D spending increased by 126% to $623m in five years, their R&D tax credit receipts reflecting their R&D operations based in the UK remained a modest $1.5m. Qualcomm’s R&D operations based in the UK were similarly modest, as QTI reduced their employee head count from 783 to 692 between 2015 and 2019, with 67 of those laid off involved in R&D.

In Connell’s ranking of total direct and indirect tax support for R&D as a percentage of GDP by country, Canada ranks 8th at just over 0.2% after France, Russia, the UK, South Korea, Austria, Belgium, and Italy, but ahead of the U.S., OECD, Netherlands, EU, Ireland, Japan, Czech Republic, and China. Canada and Japan appear to be the only countries with subnational tax support for BERD. Connell’s report demonstrates that the magnitude of tax support for R&D does not necessarily determine a country’s R&D footprint, yet it can be tailored properly to encourage growth.

Quebec’s IP box is the first of its kind in North America. Although Quebec has had a Patent Box since 2016, its 2020-2021 budget announced a shift from the Deduction for Innovative Manufacturing Corporations (DIMC) to the Incentive Deduction for the Commercialization of Innovations (IDCI). Perhaps Quebec’s newly evolved Patent Box regime will foster R&D within Quebec and stand in contrast to the UK’s failure. Or perhaps it will similarly fail to generate results. Either way, it will likely have important consequences for future Canadian IP taxation policies, at both the provincial and federal levels.