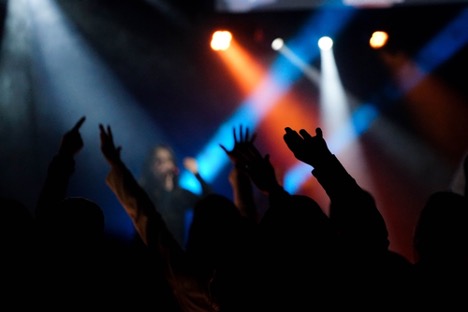 In music copyright news, producer and DJ iMarkkeyz informed Rolling Stone that his management is in talks with Cardi B’s in the wake of the success of his song, Coronavirus. The song features audio taken from one of Cardi B’s Instagram posts. Personally, when it comes to pandemic-inspired music, I am partial to Lawrence’s Quarantined With You and Fred again… and The Blessed Madonna’s Marea (We’ve Lost Dancing). While the former romanticizes the quarantine period of living in sweatpants, microwaving Pad Thai, and playing board games, the latter reminds lovers of concerts, music festivals, and dancing in general of what they have lost and will hopefully regain in the not-so-distant future. Many live music listeners are feeling the same way as Lacey Novinka, who revealed to the Toronto Observer that she misses, “being with all these people, jumping up and down yelling, getting sweaty.”

What Have Musicians Lost?

While concert-goers have temporarily lost an experience that brings them joy, a recent article detailing a brilliant jazz pianist’s departure from the music industry has brought to the forefront of my mind the losses suffered for those on stage. Ron Davis had spent over five decades in music and released 13 albums, but due to COVID-19, he lost the ability to play gigs and had to turn to his fallback career: law. Fortunately for Davis, his fallback plan doesn’t sound so bad. As he works on interesting cases and earns a steady pay cheque, he seems at peace with his shift away from the stage and towards the courtroom.

Unfortunately, not many musicians have fallbacks that offer the same level of fulfillment and financial security. Singer-songwriter Chris Luedecke took up work harvesting scallops, a job he described as invigorating but not something he could see himself doing long-term as his desire to play again grows. Fiddler Ashley MacIsaac told the Globe and Mail that after gigs, which make up 95% of his gross income, were cancelled, he had to resort to selling the rights to his catalogue of recordings as well as two of his three best violins.

Many musicians need to tour and sell merchandise to earn a liveable wage. Royalties from digital streaming services, which the CBC reports average half a cent per listen, are often not enough on their own. Kevin Erickson, the director of artist-advocacy non-profit group Future of Music, wants more than a return to the pre-virus status quo. He suggests that the pandemic be viewed as “an opportunity to reflect on the precariousness that so many creative workers face, and to take bold action to remedy that problem.”

In conversation with Andrew Oliver, who fans may know as Nightshifts or as lead guitarist and bassist of Wild Rivers, I learned that the entire music ecosystem feels the pandemic’s impact – from musicians to venue owners to promoters to sound and lighting-technicians. Oliver recounted the loss of many small and medium sized venues that “either closed down or were bought up by larger corporations. Many owners operate their venues as a labour of love, and it is terrible to see them be forced to sell their prized spaces.”

Oliver describes the last couple years as devastating for the industry and personally challenging as his band’s first European tour was cancelled. However, Oliver also left me with some hope for the future: “Many musicians, including my band mates… cycle between two modes: writing/recording and touring. When our tours got cancelled, we decided to take the opportunity to record as much music as we could… One big silver lining of the pandemic is the massive amount of music that is waiting to be released around the world.”

After losing the ability to tour, musicians found creative ways to earn money and deliver music to and engage with their fans, including virtual-reality concerts and NFTs, to name a couple. Oliver also mentioned TikTok, Discord, Twitch, Instagram live chats, and interactive YouTube premiers. Each of these platforms, and their associated copyright landscapes, present unique challenges and opportunities for both creators and users.

As the pandemic has pushed life online, live-event producers have moved into the digital sphere and must adapt to its more complicated and potentially more expensive IP licensing process. Writing for the Los Angeles Times, law professor Edward Klaris warns that as more businesses enter the rights clearance game, people may look for shortcuts. Like Erickson, however, Klaris also views the pandemic as an opportunity. For him, it is an opportunity “to avoid the chaos of the past, [and to urge] organizations across the board – whether individual performers, arts platforms, small businesses or major corporations – to start thinking and behaving like the multimedia companies they have abruptly become.”