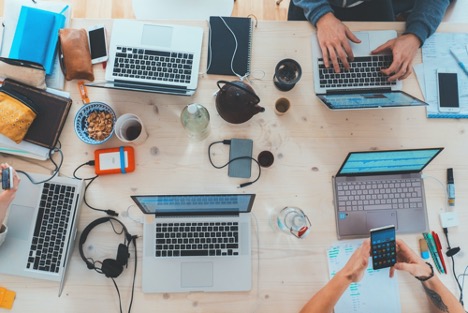 There is something odd about the roster of lucrative celebrity endorsements. I am not just talking about how Dwayne “The Rock” Johnson has dethroned Kylie Jenner as the highest paid celebrity on Instagram. I am referring to the fact that a number of these celebrities are no longer alive. Death will not stop the likes of Whitney Houston, Tupac Shakur, Bob Marley, Bob Ross, or Jimi Hendrix from promoting branded face masks. Nor will it stop Martin Luther King, Jr. from providing the voiceover for a Ram Trucks commercial or Fred Astaire from dancing with vacuum cleaners in a Dirt Devil commercial.

In a reality where being alive is no longer required to be cast as the lead in an advertisement, and where celebrities are at constant risk of public shaming for their missteps, the rise of the dead influencer will likely intensify in the coming years. But should corporations be allowed to exploit posthumous personae as brand ambassadors, possibly without the consent of the deceased’s estate?

The use of one’s likeness is governed by personality rights, referred to as the right of publicity in Canada, and privacy rights. These rights, and the degree to which they are extinguished upon death, vary across jurisdictions.

Of the 13 provinces and territories, only British Columbia, Manitoba, Newfoundland and Labrador, and Saskatchewan have statutory protections for personality rights enshrined in their privacy acts, including the right to sue for misappropriation. Within those privacy laws, only Manitoba refrains from explicitly stating that personality rights are extinguishable upon death, creating ambiguity as to the duration of its protection.

Additionally, a common-law remedy for the unauthorized use of one’s likeness is available throughout Canada (aside from Quebec, who has protections in ss. 3, 36 of their Civil Code) under the tort of “appropriation of personality,” established by the 1973 Ontario Court of Appeal decision, Krouse v Chrysler Canada Ltd. This tort protects the right of publicity. In 1996, the court in Gould Estate v Stoddart Publishing Co. suggested that the right of publicity, like copyright, should be inheritable. However, the court did not suggest how long after one’s death the right should extend.

As the market for posthumous celebrity endorsement grows, legal challenges will likely arise and bring light to this gray area. Opinions on how to best resolve the competing interests of celebrities, estate administrators, fans, advertisers, and the general public vary widely. While some believe that competing interests are best addressed by allowing celebrity personae to largely fall into the public domain upon death, others are concerned for the dignity of the dead and would prefer that the law places substantive responsibilities on those controlling their rights to ensure their likeness is not misused.