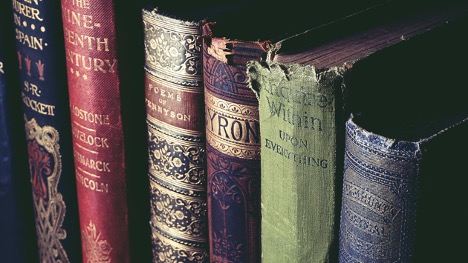 Authors create works that can last generations, being passed from one person to another. While second-hand book sales allow books to reach larger audiences, they are not traditionally sustainable for authors. In the U.K., the used book market has a predicted value of around £500 million by 2025, but authors gain little from the process. They do not receive royalties on second-hand sales of their books like they would from library borrowing or direct book sales. Royalties are a payment per sale of a book, ranging from 5-10% of the retail price. The royalty rate is subject to fluctuation depending on production costs, retailer agreements, and discounting. To resolve the issue of diminishing royalties and support authors’ lasting works, U.K.-based corporation AuthorSHARE created a system to remunerate authors for the sale of second-hand books.

William Pryor is a U.K.-based author and founder of the used bookseller Bookbarn International. He thought of AuthorSHARE in 2015, but needed a partnership to bring the idea to life. World of Books, the U.K.’s largest retailer of used books, partnered with Pryor to help fund AuthorSHARE. As of May 31, 2021, second-hand royalties for authors in the U.K. are a reality.

World of Books established a royalty fund of £200,000 for AuthorSHARE’s first year, with the hopes of expanding funds for the future. Through AuthorSHARE, authors are paid each time a second-hand book is bought from either World of Books or Bookbarn International websites, with an individual cap of £1,000 per year. “This is all about giving authors recognition for the value they create and we hope other retailers within this space will eventually join us in this innovative voluntary initiative,” said Pryor.

Bookbarn and World of Books created a payment plan in collaboration with the Authors’ Licensing and Collecting Society (ALCS). Retailers will report royalty prices to the ALCS, who will then match the prices and pay out royalties as a lump sum twice per year. As such, AuthorSHARE only benefits ALCS members who register their works.

AuthorSHARE helps propagate authors’ income with new avenues for profit, which can mitigate any loss of author earnings. In 2018, the Authors Guild reported a 42% decline in author earnings in America compared to earnings in 2009. AuthorSHARE can provide future creators supplementary income to mitigate these kinds of losses.

ALCS has not fully outlined how they will match prices or if this price matching is fair. The royalty system depends on several factors beyond the author’s control. For example, publishers typically offer high royalty rates for works that are bestsellers at the time. Accordingly, royalties do not always reflect the author’s efforts and writing quality. With the biases in royalty rates themselves, AuthorSHARE’s renumeration model may not reflect the author’s work, but rather how the author’s subject matter was perceived at the time of publishing. Although limited to two retailers and this price-matching system, AuthorSHARE still sets an intriguing precedent that books can still be worth something—even after they have left the shelves.