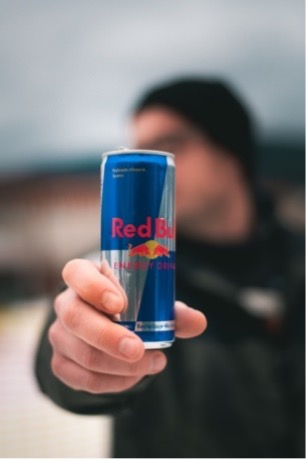 In light of Red Bull GmbH’s (Red Bull) recent win in the High Court of New Delhi, I thought it would be interesting to examine the famous energy drink company’s numerous past trademark disputes. The iconic logo, which features a blue and silver background with two red bulls about to collide over a bright yellow sun, has been at the centre of controversy since the artwork was created in 1976. Red Bull has done a great job of making sure that people do not profit from similarities in the logo and its name. Registering trademarks is helpful in many circumstances, such as preventing other businesses from profiting off of consumers mistaking their products with those of a famous brand. Intellectual property protections are essential to ensure that only an original brand can benefit from the increased business as added value associated with its products.

Although the dispute never went to trial, Red Bull asked a small Norfolk micro brewery, Redwell, to change its name. Threatening legal action, Red Bull told the eight-person employed brewery that their name would ruin Red Bull’s reputation. Although similar in name, Redwell says their name came from Redwell Street in Norwich. Red Bull’s leading argument was that Redwell was similar to Red Bull in look and sound. Therefore, consumers could be convinced Redwell’s products belonged to Red Bull.

Redwell explained the difference in name, branding, product, and goals of the brewery. None of their objectives were in line with Red Bull’s legacy. After reaching a settlement, a spokesperson for Red Bull claimed that there was no dispute. Red Bull was willing to allow Redwell to continue to use its name so long as it was solely for beer and not energy drinks. Redwell said that it never has and never will cross over from beer to energy drinks, and therefore is happy with the private settlement.

Pursuant to Article 9(2)(c) of the EU Trade Marks Regulation, the onus was on Red Bull to prove that their logo was widely recognized. The judge in this case, ruled that Big Horn would undoubtedly profit from Red Bull’s reputation and recognized label given the similarities between the two logos. The judgment also came after two of the three defendants admitted that Red Bull’s logo was a popular label and that they knew about it for years. This unfair advantage would be due to “a likelihood of confusion,” which is essential in establishing a trademark infringement under article 9(2)(b) of the EU Trade Marks Regulation.

Red Bull seemed to have had an advantage in this case. India’s Trade Marks Registry lists the name “Red Bull” as a well-known trademark. Moreover, the High Court of New Delhi once ruled in favour of Red Bull in Red Bull Ag v C Eswari & Ors [2018] CS(COMM) 1062/2018. When Bakewell Biscuits released their chips “Red Horse,” described in the judgement as a “blue/silver trapezoid device and the device of two animals in charging position with a yellow backdrop/sun disk,” the decision came as no surprise.

The Court found that Red Bull successfully established trademark infringement. Allowing the Red Horse logo would have enabled the defendant to profit from Red Bull’s years of established goodwill. Accordingly, the Court ruled against Bakewell Biscuits’ use of the Red Horse label.

In conclusion, considering the precedents set as a result of lawsuits filed by Red Bull, designers ought to avoid combining Red Bull’s well-recognized marks in a way that would cause confusion in the average consumer’s mind. Although some companies try to get away with using Red Bull’s iconic marks, the famous energy drink company always finds a way to hold infringers accountable.