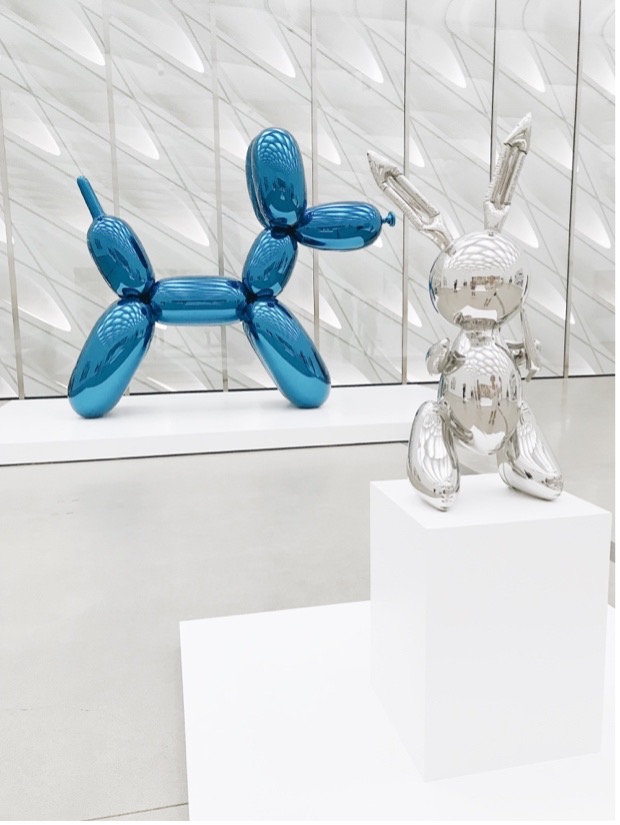 Tugce Kucukali is an IPilogue Writer and incoming LL.M Candidate at University of British Columbia.

The dispute centered around the photograph ‘Fait d’Hiver’ taken by Franck Davidovici in 1985 for the clothing brand NAF NAF. The photo depicts a dark-haired woman lying on her back in the snow with a pig leaning towards her head.

Jeff Koons featured a modern interpretation of the photograph in his controversial “Banality” series, revealing the sculpture Fait d’Hiver in 1988. The ceramic sculpture is strikingly similar to Davidovici’s photograph, depicting a brunette woman lying in the snow with a pig and two penguins looking on. It was later exhibited in Centre Pompidou in 2014 and continues to be owned by Fondazione Prada. It was also reproduced in a book published by Flammarion.

Koons’ counter-claims hinged on the parody exception and the freedom of artistic expression stipulated by Article 10 of the European Convention on Human Rights (“ECHR”) and Article 27 of the Universal Declaration of Human Rights (“UDHR”). However, the TGI de Paris ultimately ruled in Davidovici’s favour in 2018.

Koons’ sculpture contains some disparities from Davidovici’s photograph, primarily the nature of the work and the details such as the flowers around the pig’s neck, the women’s clothing, and the addition of the two penguins. Nonetheless, the Court emphasized that the similarities outweigh the differences between the two works of art. The woman lying down in the snow has the same expression and the pig maintains its position. From this, the Court found that the reproduction of Davidovici’s work constitutes copyright infringement. As per Article L. 122-4 of France’s Intellectual Property Code, any reproduction of existing work made without the author’s consent shall be unlawful.

In their decision, the Court reaffirmed the conditions required to meet the parody exception, listed in the Deckmyn decision of the Court of Justice of the European Union (“CJEU”). According to Deckmyn, “the essential characteristics of parody are i) to evoke existing work, ii) contain differences regarding this work and iii) form an expression of humour or mockery.” The Court found that the humour or mockery factor of parody had not been met, citing Koons’ statements on his sculpture where he explained that “rather than being a victim of a ski accident, I thought she looked sad as she had love issues.” In addition, he claimed the sculpture does not remind him of the 1985 advertisement, and so the reminiscence requirement could not be met.

The Court also found it was unjustified that Koons, as an artist from the same community, could acquire the right to exploit a work of art for inspiration without obtaining the author’s permission. Copyright protection grants each artist the right to obtain a royalty and assert their moral rights in exchange for permission to use their original work. As per the decision, the copyright protection granted to Davidovici for his photograph is a necessary, proportional restraint to Koons’ freedom of expression.

As for the other defendants, Centre Pompidou claimed that it was not likely for the museum to be aware of the infringement created by Jeff Koons’ work, citing good faith. Davidovici counterclaimed that the museum failed to perform due diligence, having not conducted any examination to assure the non-infringement as a public service provider. The Court indicated that “the infringement, regardless of bad faith or fault, is constituted by a reproduction, representation, or exploitation of a work of art” and inserted that “Article 10 of ECHR protects the freedom of expression, nevertheless, it cannot be interpreted as exhibiting the infringing works.”

Implications of the Decision

Even though Koons describes his works as “very anti-criticism, anti-judgment,” his art has been subject to this and other controversial judgments. This particular decision could have ramifications for other transformational artists like Andy Warhol or Takashi Murakami, whose art style is primarily reproducing, appropriating, and juxtaposing images from advertising and mass media culture. This kind of art clearly draws attention to the scope of the freedom of artistic expression and the parody exception.