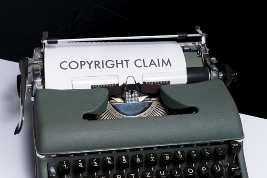 The factual record showed that UAP had quite a history with WNGTI. First, the Court established that Dee Snyder, lead singer and songwriter of Twisted Sister, wrote WNGTI, UMP was the licensee, and Songs owned the copyright to it. Following this brief analysis, the Court looked at the making of ANGCI. Extensive email evidence showed that David Wright, who the UAP engaged to provide production services for its 2019 federal election advertising campaign, attempted to negotiate a licence with UMP for WNGTI. After back and forth exchanges, UMP offered a 12-month license of the song for $160,000, pending Dee Snyder’s approval of the rendition. UAP declined. Email exchanges between Wright and “Terry Smith,” Palmer’s alias, showed the two were worried UAP’s campaign might “leak” in the hands of Dee Snyder.

However, through reviewing additional emails and recovered audio files, the Court found that Wright and Palmer were nevertheless planning a song that used the words of WNGTI. During cross-examination, Wright admitted that he told local musicians to sing a few different variations of WNGTI. These variations with a local band eventually led to ANGCI. Wright considered “cop” to be a synonym for “take.”

On the contrary, Palmer alleged during cross-examination that he got the lyrics “We’re not gonna take it,” from the 1976 movie Network, starring Peter Finch. In multiple scenes, Finch exclaims “we’re not gonna take it anymore.” In his judgement for the Court, Katzmann J noted that this statement took “everyone else in the virtual courtroom by surprise.” Palmer also said that he wrote those words down on a piece of paper at 4 a.m. one morning in September 2018, left the paper on his bedside table, and it was thrown out without his knowledge. The paper was subsequently not included in the evidence.

After UAP’s campaign video featuring ANGCI went public, Twisted Sister fans tweeted at Dee Snyder, alerting him of the songs’ similarities. On January 1, 2019, Dee Snyder responded to fans in a tweet that ‘“We’re Not Gonna Take It’ is a song about EVERYONE’S right to free choice. “We’ve got the right to chose and there ain’t no way we’ll lose it!” The FIRST LINE of the first verse! …Clive Palmer and the @PalmerUtdParty are NOT pro choice … so THIS AIN’T HIS SONG!” Once the copyright allegations surfaced, UAP released a press release stating Dee Snyder was not the original creator of WNGTI and that the song was a “rip-off” of the famous Christmas carol “O Come All Ye Faithful.” Katzmann J rejected this defence, finding that “the copied part of WNGTI is not devoid of originality — far from it.”

Palmer’s last defence was that use of WNGTI in ANGCI fell under the fair dealing exception of parody and satire. Under section 41A of Australia’s Copyright Act, 1968 (Cth), a fair dealing of an adaptation of work for the purpose of parody or satire is not an infringement of copyright. The respondent must satisfy the two-part test to enact such a defence: (1) there must be dealing with the work for parody or satire reasons and (2) the dealing must be fair. The Court determines “fairness” in relation to the purpose of parody or satire. Katzmann J found Palmer failed the test as ANGCI did not alter WNGTI to satirize anyone or anything. Rather, the Court ruled that UAP used ANGCI to promote UAP’s key political message.

Overall, the Court ruled that Palmer infringed copyright by: (i) reproducing; (ii) authorizing the reproduction of; (iii) communicating to the public; and (iv) authorizing the communication to the public of WNGTI without a license to do so. In considering appropriate remedies, Katzmann J referenced Yates J in Winnebago Industries Inc v Knott Investments Pty Ltd (No 4): “The plaintiff may not have suffered actual loss from the use, and the wrongdoer may not have derived actual benefit. Nevertheless, under the principle, the defendant is obliged to pay a reasonable sum for the wrongful use.” Concluding, Katzmann J ordered Palmer to refrain from using and reproducing WNGTI in any form and to turn over all copies of the reproduced work. Additionally, Palmer must pay $500,000 AUD for copyright infringement and $1,000,000 AUD in additional damages. Under section 115(4)(b) of Australia’s Copyright Act, 1968 (Cth), the Court may grant additional damages for “the flagrancy of the infringement,” defined as “scandalous conduct, deceit and such like.” Given that Katzmann J found Palmer’s arguments to be “ludicrous,” awarding additional damages was justified.

Clive Palmer and his legal team are considering an appeal.