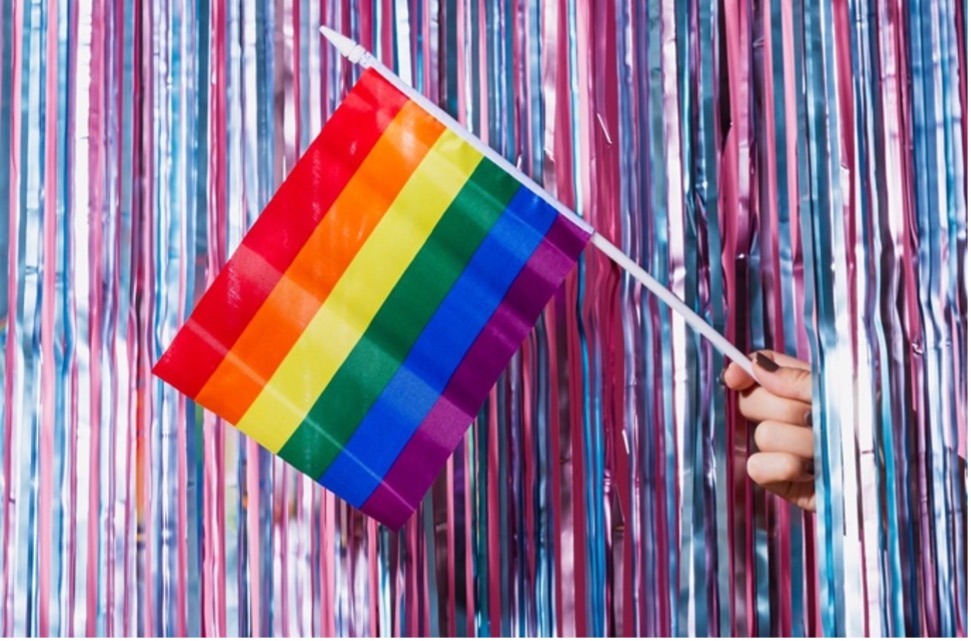 The colourful Pride flag is a widely recognized LGBTQ+ symbol. The rainbow flag was designed by the late Gilbert Baker, an American artist and activist (1951-2017). The design was inspired by the American flag and the history of the nation. According to Baker, “I thought of the vertical red, white, and blue tricolor from the French Revolution and how both flags owed their beginnings to a riot, a rebellion, or revolution. I thought a gay nation should have a flag too, to proclaim its own idea of power.” The political activism of Baker’s close friend, Harvey Milk, further inspired him to develop a visible proclamation of pride.

Today, the rainbow flag is an established symbol—so much so that it is recognized by a prominent art institution, the Museum of Modern Art (MoMA). In 2015, the flag joined MoMA’s permanent design collection as a “politically powerful and aesthetically effective symbol.” Despite the worldwide acclaim, Baker never filed for any trademark or copyright protection associated with the flag. He deliberately wanted it to be a free symbol for all, with unlimited use.

Before the Pride flag’s creation, the pink triangle was the main gay movement symbol. The triangle was created in Nazi Germany to identify and stigmatize homosexuals who were seen as a threat during World War II. Though reclaimed by the LGBTQ+ community, the symbol was effectively an oppressive device carrying an incredibly negative and traumatic history. For Baker and others, there was an urgent need for a positive symbol amongst the gay community—something to celebrate love.

Baker met Milk in 1974. Milk was an American politician, remembered for his activism and for being the first openly gay elected official in California. Before his assassination in 1978, Milk led a positive civil rights-focused campaign, and challenged Baker to create a positive pride symbol of hope. Baker was also asked by his friend Arthur Bressan, Jr. to design a symbol for “the dawn of a new gay consciousness and freedom.”

The 1970s were a markedly rebellious and productive time for gay rights activism. The Stonewall riots of 1969 were a series of riots in response to police raids that specifically targeted gay communities. Stonewall is widely regarded as the first ever Pride event. The riots sparked a decades-long liberation movement that accomplished a wide array of legal rights and acceptance for LGBTQ+ individuals worldwide.

The first Pride flags were created at the Gay Community Centre in San Francisco (SF). Baker, then 27, along with about thirty volunteers fundraised and gathered thousands of cotton yards, and mixed water with natural dyes and salt. The collaborative flag-making was important to Baker, as it demonstrated a genuine connection to each other and the community. These first flags were raised in the United Nations Plaza in San Francisco on June 25, 1978. After Milk’s death later that year, many took to the streets with their rainbow flags, led by the Gay Freedom Committee. This spurred increased demand for the rainbow symbol and the start of something new.

In one of his last interviews, Baker stated, “we needed something to express our joy, our beauty, our power. And the rainbow did that.” Initially, the flag was made up of eight distinct colours. The colours were cut down to seven, to meet demand, and then down to six, for greater visibility from afar. For Baker, a rainbow was a naturally-occurring symbol of hope and each colour represented an aspect of pride.

Up until his death, Baker continued his activism and utilized the flag for such purposes. In 1994, for the 25th anniversary of the Stonewall riots, he prepared a mile-long array of rainbow flags stitched together. When he passed in 2017, he was preparing to commemorate Stonewall’s 50th anniversary. His life’s work solidified him as an important LGBTQ+ figure.

Through the years, the Pride flag has gone through several redesigns by various individuals. Notably, in 2018, designer Daniel Quasar updated the flag in the name of diversity and inclusion to create the Pride Progress Flag. Quasar added five more colours to represent racialized and transgender communities, as well as lives lost to AIDS. Redesigns like these are legally possible due to the public use nature of the Pride flag. However, unlike Baker, Quasar released their flag under a Creative Commons (CC) license, keeping some control over their redesign. They received pushback for this decision, as many share Baker’s sentiment that a Pride flag should be owned by all. 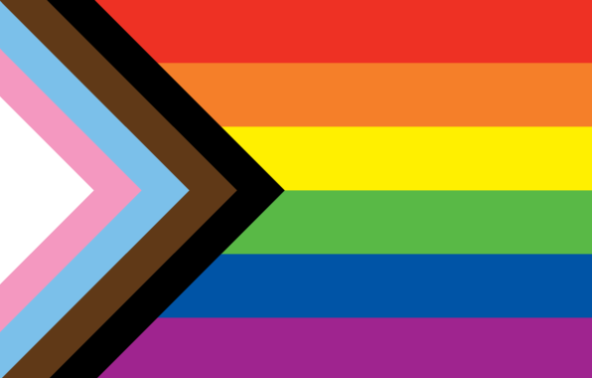 What people may not know of Baker’s famous Pride symbol is that the original flag came close to being restricted from public use. In 1978, Baker visited LGBTQ+ focused civil rights attorney Matt Coles seeking trademark assistance regarding the flag. An advocacy organization (from the centre where Baker had created the flags) tried to register the copyright of the flag as their own. The group alleged that since the flags were created at the centre, it belonged to them. Baker challenged this with the help of Coles. He didn’t want the flag for himself, nor did he want compensation. Throughout his life, he chose never to enforce his ownership under the U.S. Copyright Act, 1976. Baker maintained that the flag should be accessible to all for public use and owned by everyone.

The rainbow Pride flag lives on as a world-famous symbol thanks to Baker’s critical IP decisions. The undeniable hues can be seen almost everywhere this June. It is difficult for me to imagine what the status of the rainbow flag as a Pride symbol would be had it been successfully restricted under U.S. law.