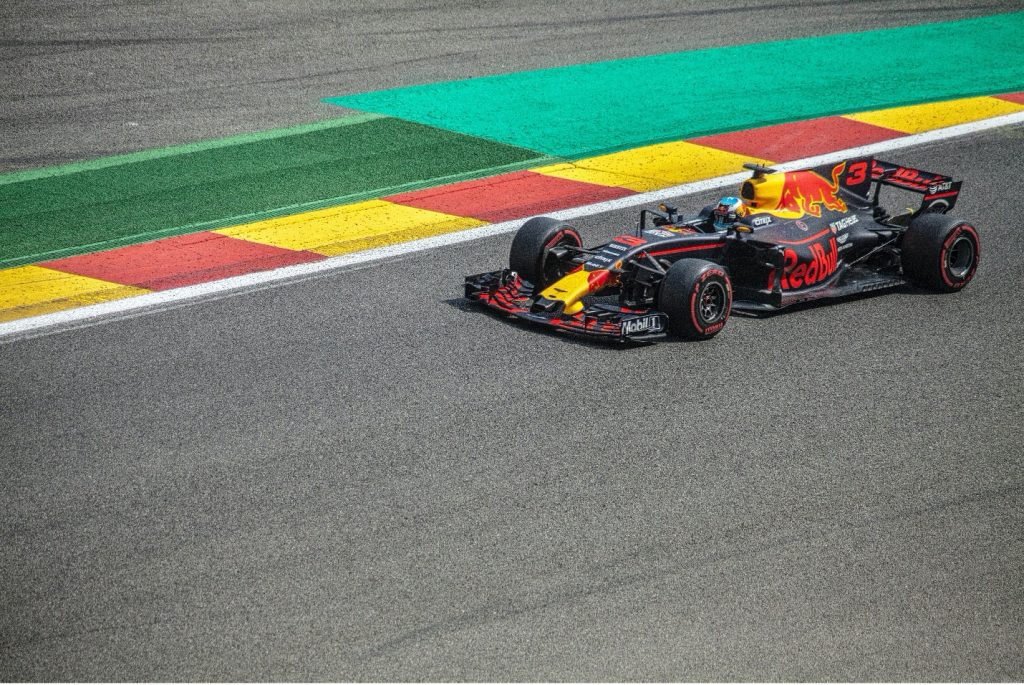 While not very prominent in Canada, the international auto racing sport Formula 1 (“F1”) is currently worth over $9 billion dollars. Despite its enormous market value, F1 is self-regulated by the International Automobile Federation (the “FIA”). Aside from the drivers, the cars themselves are quite fascinating; every team spends millions of dollars to secure the best engineers and staff and the highest quality materials and parts to create the fastest cars that score the most points. These points then translate into prize money that is awarded to the teams.

There is a major question of the intellectual property rights in each car. Normally, patent law would regulate the structure and engineering of the cars. However, due to the self-regulated, rapid-paced nature of F1, teams primarily use trade secrets to protect the internal design of their cars. Lengthy patent registration processes simply cannot keep up with annual F1 seasons.

During the 2020 season, controversy surrounded one F1 team, Racing Point, that put forward a car model that was fairly alike to the 2019 Mercedes-Benz winning car, the W10. The cars were so similar that the FIA declared a breach of the rules, issuing Racing Point a 15-point deduction and a fine of €400,000. This penalty occurred against the backdrop of a sporting regulation change that affected Racing Point’s use of Mercedes brake duct designs which they legally purchased in 2019.

At the outset, the monetary fine may seem to sufficiently penalize Racing Point. However, the potential points it “stole” through this violation can be worth much more than a simple fine, considering the prize money and publicity these points bring every year. For example, in 2020, Mercedes earned $66M for earning the highest number of points in the season. This excludes the millions of dollars teams would attract from investors and sponsors for the next season based on their previous season’s ranking. Ultimately, despite the immense value of intellectual property rights in F1, there appears to be insufficient protection to deter teams from infringing them.

Trade secrets can be effective in certain circumstances, but they afford less protection than patents because they cannot be enforced if leaked. Given the comparative unenforceability, should patent law be updated to cater to such industries? The commercialization of F1 exemplifies the enormous amount of money at risk, and the Racing Point incident shows the financial risks created by the lack of intellectual property protection for each car.

However, the flexibility of FIA rules may not be accidental; the market is driven by its entertainment value, through live streams, YouTube, and recently Netflix. Strict patent rules would essentially allow a team to “lock in an advantage the other teams cannot access,” which could potentially eliminate competition between the teams, resulting in a “boring” season. In fact, the FIA ruled that patented car technology is illegal to use in F1 to “keep the playing field level.”

FIA’s priorities appear to differ from those of the law. One may even question, for practical purposes, whether the focus should even be on the law. Patent law incentivizes innovators by protecting their creations, and upon a patent’s expiry, the designs of these inventions fall under the public domain to encourage further innovation. However, outside F1, does society truly benefit from receiving patentable knowledge of racecar technology? Would the disclosure of racecar designs encourage innovation and thus justify granting patent protection?

Overall, this relaxation on patent law can be said to contribute to F1’s volatile nature. Truthfully, this same volatility keeps me watching F1 to this day.