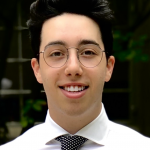 Ryan Erdman is an IPilogue Writer and a 2L JD Candidate at Osgoode Hall Law School.

In a truly monumental achievement in scientific innovation, there are now over a dozen authorized COVID-19 vaccines around the globe. However, present inequities in global distribution plague the achievement and ultimate success of these vaccines in ending the pandemic. Reports show that 87% of the over 1 billon doses administered worldwide have been in high-income countries, compared to only 0.2% of doses administered in low-income countries. As world case numbers continue to rise, the presence and likelihood of variant strains only prolong the immediate harms and long-term impacts. If current trends persist, COVID-19 will continue to devastate countries with less developed public health systems and more permeable borders long after developed countries reach majority levels of immunization. At the current pace, it is estimated some low-income countries will not see significant percentages of the population vaccinated until 2023.

The trends in inequitable global access to new medicines are not novel and have long been tied to the intellectual property (IP) rights granted to drug manufacturers in return for taking on the “risk” of research and development (R&D). In general, by awarding a period of limited exclusive rights during which the developer can set non-competitive prices, IP protections inherently and negatively impact affordability. At the beginning of the pandemic, costs and public sector investment affected the ability of high-and upper-middle-income countries to secure around 6 billion doses through advanced purchase agreements. In October, South Africa and India submitted a proposal to the World Trade Organization (WTO) calling to temporarily waive the Trade-Related Aspects of the Intellectual Property Rights (TRIPS) Agreement provisions relevant to COVID-19 related technology, citing historical and present barriers in affordable and timely access to new medicines created by IP rights. Specifically, they call for a waiver of sections outlining the rights and obligations in the areas of copyright, industrial designs, patents, and the protection of trade secrets relating to “the preventing and treatment of COVID-19.”

The breadth of the original proposal is important in light of the Biden Administration’s recent announcement supporting a waiver of IP rights. The announcement, however, does not directly support the waiver initially proposed 7 months ago. The scope of the initial waiver proposal was purposefully broad, looking to eliminate barriers created by IP protections related to accessibility of not just vaccines, but also other necessary technology in the areas of diagnostics, P.P.E., and other therapeutic drugs. The scope and duration of a waiver comprise many key issues that will need to be agreed to and countries have shown a willingness to come to the negotiating table in light of the US announcement. Canada has expressed that it will not block a waiver, and that the government is committed to work towards a “consensus-based” solution.

But where time is at a premium, the complexity and length of negotiations is an obvious cause of concern. Given the likelihood of COVID-19 becoming endemic, including the persistent threat of variants, any waiver may significantly affect future innovation in COVID-19 “booster shots” and other vaccine technology. This is part of why Big Pharma has met the Biden Administration’s announcement with continuous concern and skepticism for the efficacy of any waiver in meeting the objective of timely increases in global production. The most prominent of these criticisms doubts that a waiver will effectively address the true bottlenecks, which is said to be the scarcity of raw materials and ingredients and the lack of technical know-how.

This is particularly important in determining the scope of the waiver, as a vaccine “patent waiver”, as the media consistently calls it, is simply underinclusive of the knowledge transfer necessary. While a vaccine patent waiver could help alleviate obstacles around technology fragmentation, where different parties own multiple patents related to one vaccine, scaling up production in developing countries also requires the transfer of technical processes. This would involve numerous types of IP and requires technical expertise to build and implement. Some suggest this is why, even though Moderna has long pledged not to enforce certain COVID-19 patent rights during the pandemic, there has been “no flourishing of factories pumping out “generic” messenger-RNA vaccines.” New manufacturers would also need to generate a novel and comprehensive “regulatory dossier”, as they cannot rely on the safety and efficacy clinical trial data of originators like with small molecule drugs. The original waiver addressed both copyright and trade secrets, but there are clear indications that any waiver is certainly going to be narrower than that originally proposed. Any “consensus-based solution”, if at all, will likely take months and not include the time for new producers to build production capacity and meet regulatory hurdles. WTO Director-General Ngozi Okonjo-Iweala recently expressed “hope” that a waiver could be agreed upon by December.

Nonetheless, while accepting that a waiver may not be a “silver bullet” solution, the announcement has certainly reflected optimism for a critical shift in the status-quo, with the head of the WHO calling it a “monumental moment in the fight against COVID-19.” We could look back on this as the moment where high-income nations finally move-away from strong notions of “vaccine nationalism.” Timely access requires a unified effort and immediate, continued support from developed nations for global initiatives like the UN-backed COVAX, which plans to deliver billions of vaccines to low-income countries. Members on both sides of the waiver debate have advocated for vaccine-producing nations increasing production and reducing restrictions on the export of vaccines (and materials). Interestingly, some believe that the threat of a waiver could also be a tactic to push companies into greater licensing strategies and persuade them to exhaust production capacity and sell extra supplies to poor countries. The perceived threat of compulsory licensing has pushed companies to make broader global pledges in the past.

Where a pandemic is truly a “a race between humanity and a virus,” every second matters, yet there are many reasons to believe that we will not feel the effects of any negotiations for a long time. Waiver discussions are sure to intensify ahead of the WTO’s next formal meeting in early June.