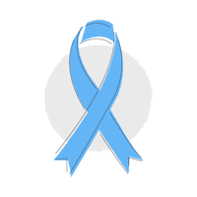 Janssen Inc. (“Janssen”), a Canadian pharmaceutical company, sells ZYTIGA under Patent No. 2,661,422 (“422 Patent”). ZYTIGA, Janssen’s abiraterone acetate (“AA”) product, can be combined with prednisone (“PN”) to treat prostate cancer together, rather than using the two drugs separately. In 2017, Apotex Inc. (“Apotex”), another leading Canadian pharmaceutical corporation, brought forward a notice of allegation (NOA), claiming Janssen’s 422 Patent was invalid. Pursuant to section 5 of the Patented Medicines (Notice of Compliance) Regulations (“PM(NOC) Regulations”), a notice of allegation is a submission that states a patent is invalid for one of many reasons.

Apotex was seeking approval to create a generic version of ZYTIGA called APO-ABIRATERONE, which uses therapeutically-effective amounts of AA and PN to treat prostate cancer. Their NOA alleged that if the 422 Patent was invalid, APO-ABIRATERONE could not infringe upon it, and that the combined use of the two medications was not patentable primarily due to a lack of evidence showing the benefits of combining AA and PN versus using them separately. Additionally, Apotex argued that their generic drug was not for the same use as ZYTIGA; APO-ABIRATERONE was intended to treat the adverse side effects of taxanes, a class of chemotherapy drugs.

In response to the NOA, Janssen brought an application under subsection 55.2(4) of the Patent Act and subsection 6(1) of the PM(NOC) Regulations prohibiting the Minister of Health from issuing Apotex a notice of compliance (NOC). An NOC, as defined under section C.08.004 of the Food and Drug Regulations under the PM(NOC) Regulations, essentially enables the Minister of Health to grant Apotex permission to create a generic version of ZYTIGA following a successful examination. Janssen submitted that Apotex’s allegations under the NOA were invalid and therefore they should not be issued an NOC until the 422 Patent expires.

In 2019, the Federal Court ruled in Janssen’s favour, ordering the Minister of Health to not issue a notice of compliance to Apotex at least until the expiry of Janssen’s 422 Patent. Apotex appealed the decision to the Federal Court of Appeal who, on January 14, 2021, ruled to dismiss the appeal on all four of Apotex’s arguments, ruling on: (1) patentable subject matter; (2) obviousness; (3) inutility; and (4) infringement.

Apotex stated that the lower court erred in finding that the 422 Patent amounted to a new patentable subject matter, compared to AA and PN independently. Apotex noted that the combined drug did not produce a better result, and the lack of evidence sufficiently supports this claim. Referring to the jurisprudence, the Court of Appeal stated that determining patentable subject matter depends on whether the patent provides the public with something previously unavailable within cancer treatment. It is not concerned with the efficacy of the combined drug.

Apotex alleged that the lower court erred in issuing the test of obviousness to determine patentability: specifically, the “more or less self-evident that it ought to work” aspect. Assessing Apotex’s argument of lack of evidence, the Court of Appeal reaffirmed that the patent’s applicant need not meet all aspects under the test. They agreed with the lower court’s decision that the test of obviousness was fulfilled because it was not self-evident to combine AA and PN to treat prostate cancer.

Apotex argued that the lower court erred in its reasoning because it could not prove that the combination of drugs was more effective than each drug separately. Apotex relied on Janssen’s results when applying the Supreme Court’s test for utility from AstraZeneca Canada Inc v Apotex Inc. The Court ruled that the lower court did not err. A claimant for a patent must only establish suggestive utility, which Janssen successfully did in 2007 when establishing their 422 Patent.

Apotex’s last argument, a defence, was that neither their Product Monograph nor their product’s marketing infringed Janssen’s product. They stated that their product did not infringe on the 422 Patent because it was marketed for alternative use. The Court of Appeal stated that the lower court did not err in their decision that the product still imposed an infringement. Although Apotex was not currently producing a direct infringement, the Court found that it would eventually lead to an infringement of the 422 Patent.

The Federal Court of Appeal’s decision to uphold the lower court’s decision and dismiss the appeal broadens Canadian patent law’s future at a very pivotal time. Janssen’s success for ZYTIGA allows them to monopolize on their effective prostate cancer treatment. Most importantly, the reaffirmation of the “obvious to try” test guidelines and the updated definition of “utility” greatly enhance patent law during the COVID-19 era . A patent does not have to meet every criterion for the “obvious to try” test and must only demonstrate suggestive utility results. With new corporations striving to be at the forefront of medical technology and produce effective treatments for the ever-mutating COVID-19 virus, this decision creates a less stringent threshold for obtaining and defending a patent.