Tugce Kucukali is an IPilogue Writer and incoming LL.M Candidate at University of British Columbia.

Granting trademark protection for personal names is an accepted and common practice in European trademark laws, especially for celebrities’ names. In contrast, section 12(1)(a) of the Trademarks Act in Canada prohibits the registration of a mark that is merely the name of an individual. The decision rendered by the Court of Justice of the European Union (“CJEU”) on September 17, 2020 enabled the registration of a trademark consisting of a capital letter “M” and the surname of the world-renowned football player, Lionél Messi. Lewis Hamilton’s legal representatives are currently attempting to register the famous Formula One driver’s name as a trademark. 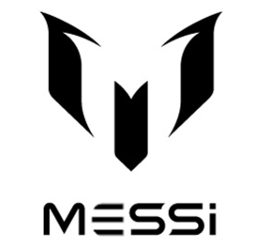 The dispute which was brought before the European Union Intellectual Property Office (“EUIPO”) by the owner of the mark “MASSI” continued before the CJEU and lasted for 10 years. This opposition had initially enabled the rejection of the trademark application made by the renowned football player to EUIPO. The General Court and CJEU have both ordered that there is no likelihood of confusion due to the conceptual distinctions created by Messi’s fame, and granted the registration of the trademark. As stipulated in the court’s decision in EUIPO v Messi Cuccittini “the reputation of the applicant is another consideration to be regarded in risk of confusion examination which has to be conducted globally” (para. 44). Although the conceptual difference created by the reputation had not been claimed by Messi’s lawyers, the Court factored in the said reputation when assessing the likelihood of confusion.

The court’s decision in Messi Cuccittini was important for celebrities who seek to register their names as trademarks. In some cases, semantic content placed on such trademarks may inhibit their successful enforcement. For example, in Ruiz-Picasso and Others v OHIM, Picasso’s heirs were unsuccessful in opposing the aurally and visually similar trademark, ‘PICARO’, on the grounds that their ‘PICASSO’ name was also too famous to not be confused with the said trademark application.

A well-known individual who attempted to benefit from the court’s decision in Messi Cuccittini was the seven-time world champion Formula One driver, Lewis Hamilton. Hamilton had applied to register his full name as a trademark in the ‘jewelry products’ and ‘retail services’ classes. The Swiss luxury watchmaker, “Hamilton”, which owns trademarks in the same classes, opposed Lewis Hamilton’s application.

The racecar driver’s lawyers brought an action against the “Hamilton” trademark, requesting the expungement of the word mark on the grounds that the mark had been filed in bad faith. EUIPO disagreed with this claim and underscored the fact that the Swiss watchmaker had been in the market since 1892, before the racecar driver was born. In this case, perhaps due to the critiques made about the decision in Messi Cuccittini, the Office stipulated that “there is no ‘natural right’ for a person to have his or her own name registered as a trademark when that would infringe third parties’ rights” (para. 40). Hamilton’s lawyers’ claim about the conceptual difference is still pending before EUIPO. The claim of the conceptual difference created by Messi’s fame superseding any visual and aural similarities may apply to the “Lewis Hamilton” and “Hamilton” trademarks. Unlike the applicant’s claims in Messi Cuccittini, Hamilton’s representatives had made a point to mention the racecar driver’s fame in their initial application before EUIPO.

Both “Lewis Hamilton” and “Hamilton” trademarks are word marks. They are arguably more similar visually than “Massi” and “Messi”. Indeed, the court had emphasized the influence of a first name from a conceptual point of view in Becker v Harman International Industries, where Barbara Becker had managed to register her full name despite her application being opposed on the grounds of the risk of confusion with the earlier trademark, “BECKER”. Considering Messi’s full name, Lionel Andrés Messi Cuccittini, the trademark application may not be deemed to imply a name-surname reference.

The Messi Cuccittini decision may be a game-changer for Lewis Hamilton in that his trademark dispute may not be as prolonged as Messi’s. Even though prior registration is important in claiming trademark protections, celebrities’ reputations could also be considered in opposition proceedings or applications for the registration of marks associated with branded products.